With Thanksgiving just last week, various holidays this next month that feature joy and generosity, and 2019 drawing to a close, we here at SimpleVisit thought we would take a moment to pause and look back on some of the best things that have happened in telemedicine this year.

Telehealth providers have been clamoring for this to happen, and it finally (almost) has! The history: the Ryan Haight Act of 2008 that created safeguards to squash online dispensing of controlled substances had exceptions written into it for telemedicine providers to register with the Drug Enforcement Agency so that they could legitimately prescribe those medications in virtual care situations. However, the DEA never created the rule to make that possible. Fast forward 10 years later and the SUPPORT for Patients and Communities Act of 2018 forced the issue, giving the DEA one year to create the language for a proposed rule to be published for public comments by October 24, 2019. Well, October came and went with hardly a whisper from the DEA and many providers started to get more than a little worried that it was going to take another 10 years to see progress again. However, in late November the DOJ and DEA posted a notice of rulemaking, not much more than a promise, indicating that the proposed rule would be out by December of 2019. The chances are good that the ball is moving on this once and for all.

Medicare made advances in telemedicine coverage, forced and willingly

When the Bipartisan Budget Act passed in 2018 it was full of things that were going to happen this year, and we’ve been able to sit back and watch those changes be implemented. In January we saw new use cases for telemedicine for which Medicare was made to remove all geographic and originating site requirements, namely End Stage Renal Disease and acute stroke episodes of care. At the same time, those same requirements were lifted on episodes of care for mental and behavioral health telemedicine services where Substance Use Disorder is a primary or co-occurring diagnosis, as part of the federal response to the burgeoning opioid crisis through the SUPPORT for Patients and Communities Act.
Read the Clear Health Quality Institute’s article on these early changes.

In July, the next wave of changes was announced as Medicare Advantage plans were released from the restrictions of what traditional Medicare Part B covers for telemedicine and given the opportunity to cover a wider range of services without geographic and originating site requirements. These changes won’t really be applicable until the start of the new year, so it’s hard to tell how significant an impact it will have on the national telehealth landscape, but as far as we’re concerned, news of increased telehealth coverage and reimbursement is always something to be celebrated.
To read the official press release from CMS, click here.

This year Medicare also chose (on their own with help from the wonderfully active telehealth community) to include new codes for reimbursement of virtual care services that they categorized as “not telehealth”, so they are not subject to any of Medicare’s long list of restrictions on telehealth service reimbursement. Whatever they want to call it, the virtual check-ins, intraprofessional consultations and review of asynchronous images and video, along with the three new Remote Patient Monitoring codes, are the first in a long time to cause providers to see even a glimmer of hope in Medicare’s outdated policies. We applaud Medicare for taking the step to finally jump on the bandwagon, even if it’s still moving very slowly.
Read mHealthIntelligence’s interview with Foley & Lardner’s Nathaniel Lacktman on the codes.

November 20th saw the publishing of the full list of new projects that the USDA is committing over $42.5 million to, in the hopes of expanding access to education and healthcare in rural America. Included is 133 grants spread out over 37 states and 2 territories, and about half of that money is allotted for telemedicine programs.
To read the mobihealthnews article about the announcement, click here.

The FCC has been particularly active this year on the telehealth support front. On October 11 they posted in the Federal Register changes to the 22-year old Universal Service Fund’s Rural Health Care Program that lends its support to rural telehealth expansion. The changes are meant “to ensure that every dollar in the program is being spent efficiently [and] will promote transparency, accountability, and predictability” stated FCC Chairman Ajit Pai.
Read the post from the FCC in the Federal Register, or the article from mHealthIntelligence on the subject for more information.

Also from the FCC, on July 10th there was a unanimous vote to move forward with a new program dubbed the Connected Care Pilot that would give $100 million towards expanding telehealth access in rural areas over a three-year period. The program would cover up to 85% of the cost of establishing and delivering the broadband necessary to create more telehealth programs in medically underserved areas.
Read the FCC news release here.

State Laws are advancing – 32 to be precise

The Center for Connected Health Policy is a resource treasure trove, and twice a year they put out a report summarizing current state telehealth laws. We looked back at the Fall 2018 and compared it to their most recent Fall 2019 report and were ecstatic to see the amount of states joining in with support for telehealth. Here are the changes in a nutshell:

Any movement is forward movement when it comes to state legislation.

View the infographics of the State Telehealth Laws and Reimbursement Policies Report for 2018 and 2019 from the CCHP.

The VA implemented a first-of-its-kind policy that saw its first fiscal year of completion in 2019; providers were able to see veterans anytime, anywhere, even across state lines, regardless of state licenses. Through the implementation of that policy, they have seen 900,000 Veterans via VA telehealth services. They have seen a 17% increase of use of telemedicine services and a 235% increase in the use of the VA Video Connect app. Approximately two-thirds of those appointments were for mental health. This is the type of success that makes lawmakers, critics, and champions of telehealth alike sit up and take notice. There’s not much more that needs to be said, with numbers like that – they speak for themselves.
Read the press release from Veterans Affairs and an article from Modern Healthcare on these successes.

While the uncertainty of the current political landscape can often make the state of policy seem like it’s heading nowhere fast, if this year is any indication for telehealth, at least, we are indeed moving forward. The pace may be slower than us champions would like, and there may be many improvements needed that seem like they should have been made years ago, there is progress. As technology surges ahead, people will continue to scramble to keep up, and we will continue to find the path ahead despite ourselves.

Keep a lookout for our New Year’s article on what to expect in the telehealth landscape in 2020! 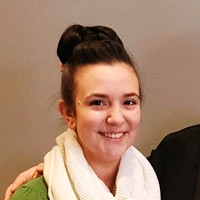 Allie is the Industry Analyst and Content Manager for SimpleVisit. Her educational background is diverse with Administrative Medical Assisting and Psychology as a focus with a dash of Business Communication and Theater. Events in her life have led to a passion for improving access to healthcare and a particular talent for research, which she is quickly turning into a career. Allie is able to use her combined experience to write and develop resources for SimpleVisit, and is fulfilled by the opportunity to contribute to innovation and progress in the healthcare industry as a whole.
← Trump's Executive Order on Medicare The MAVEN Project Uses eConsults to Add Value to Care in Underserved Areas → 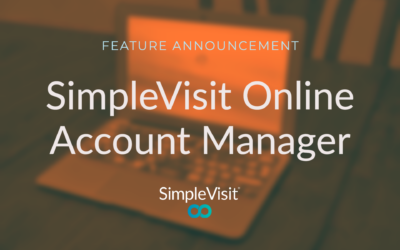 Feature Release | 4 min read | August 20, 2020At SimpleVisit we are dedicated to helping healthcare providers offer telemedicine services in the most user-friendly way humanly possible. With that aim in mind, we are launching our new SimpleVisit Account Manager! This...

END_OF_DOCUMENT_TOKEN_TO_BE_REPLACED 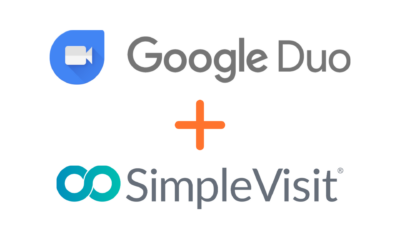 Feature Release | 4 min read | July 17, 2020 Did you know that you can use common video calling applications for telemedicine appointments? You don’t have to purchase new equipment, learn new programs, or train staff on how to use a new application or EMR feature. The...

END_OF_DOCUMENT_TOKEN_TO_BE_REPLACED 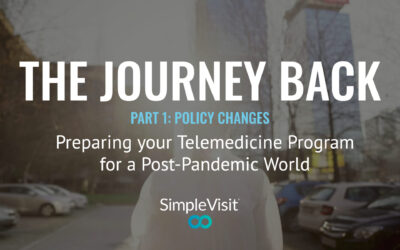 The Journey Back: Part 1

Allie Clark | 10 min read | June 30, 2020The world has changed drastically.  Seemingly overnight, we were overwhelmed by a deadly pandemic with no end in sight.  The economy, daily life, and, yes, medical care had been up-ended in the wake of COVID-19. But where fear...

News & notes on the latest in telemedicine innovations.

Sign up for our occasional newsletter highlighting the latest developments in telemedicine technology.